With more than 2.2 million printers deployed globally in 2021 alone, 3D printing is quickly growing in popularity as one of the most widely used 3D engineering services. The marketplace for this technology is expanding, which is fostering innovation and rendering many older printers almost archaic, while new forms of 3D printing are constantly being developed. The Industry 4.0 revolution is a testament to the merits of 3D printing. According to experts, in the upcoming years, additive manufacturing techniques will become increasingly pervasive across a range of global businesses.

RIMPAC Exercise: The Navy Sends a 3D Printer to Sea

In order to evaluate the capabilities and interoperability of 3D printing technologies, 26 nations are taking part in the US Navy-led Rim of the Pacific exercise in Southern California and Hawaii. One ship is participating in an exclusive test as part of the program during RIMPAC in order to experiment with 3D printing technology in the naval sector. During the RIMPAC program, the Xerox ElemX liquid metal printer is being tested out by the crew of the USS Essex, which is the first Navy ship to sail with a 3D printer on board.

Implementing on-demand 3D printing and defence manufacturing services in military barracks or fields helps accelerate and cost-effectively finish large-scale naval and defense-related tasks on land. However, at sea, having the capacity to print a vital component as needed could be the difference between a ship being able to complete its mission and having to return to port for repairs. Because of this, 3D printing in the Navy is preferred in order to produce on-demand navy-based products and components. The image is used for illustration purposes. KARV Automation is not the owner or creator of the image. (Image by Sean Carberry )

In order to ascertain the 3D printer’s viability at sea, the Essex is the first ship to take part in the initial testing and evaluation of the printer while it is underway. This 3D printer testing is a part of Rim of the Pacific (RIMPAC) 2022, the largest multinational maritime military exercise in history, which brings together over 25,000 participants from 26 different countries.

According to a Navy press statement, the Naval Postgraduate School, which oversaw the technology’s research work, assisted with the printer installation aboard the Essex . While the other services continue on their individual routes to fully leverage 3D printing technology, the deployment of the 3D printer on the Essex provides a new way for the service to meet its demand for necessary supplies. This newly installed printer—which is able to fabricate and print aluminium—will create a variety of shipboard goods while it is being tested and evaluated at sea.

The Officer of the Aircraft Intermediate Maintenance Department (AIMD) on board Essex, Lieutenant Commander Nicolas Batista, stated: “Having this printer aboard will essentially accelerate, enhance, and increase our warfighting readiness.”

Batista said that the printer they have set up is one of the fastest 3D printers on the market and can fabricate and print aluminium up to 10 by 10 inches. With the help of this high-end printer, heat sinks, housings, fuel adapters, bleed air valves, valve covers, and other typical parts may be made on the ship.

According to Batista, cutting-edge operational ideas like 3D printing in the maritime industry will be fantastic additions in the future for every ship, and he added, “The capabilities of the 3D printer will help Essex to become more self-sufficient.”

Once the test has been successfully completed on prolonged runs, the next stage is to train the sailors who will utilize the equipment in the future. Additionally, Roxanne Barrera, a third-class aviation structural mechanic, described how it felt to be among the first sailors on board the USS Essex to receive training on the 3D printer—”I was honored when my chain of command asked me to be the first sailor aboard the USS Essex to get the training for this 3D printer. I just want to learn how to operate it and share the knowledge with other people. ”

According to Batista, the printer can create parts in a matter of minutes or hours that would often require months to produce using the present method. In order to lower the risk of theft, they can also make changes, such as placing location information in a wrench that shows where it belongs. They have been receiving training from manufacturers’ representatives after having the device for a week. Although the sailors who are using the printer are enthusiastic about its possibilities, there are now some restrictions or tradeoffs that need to be resolved before it is widely used on ships. One of them, according to Batista, is that the Xerox printer only works with aluminium, despite the fact that many of the components on the ship or aircraft they service are made of steel, alloys, or plastics.

“Additive Manufacturing (AM) has become a priority,” declared Batista, “and it is apparent that AM will provide a greater posture in warfighting actions across the fleet and will boost expeditionary maintenance that adds to our Surface Competitive Edge.” According to Batista, the printer is not revolutionary in its present configuration and functionality, but he believes that printers like the ElemX have the potential to become commonplace on ships. “Perhaps in the future, they’ll have this entire printer integrated within one work centre,” he said, “but for now, this is just a proof of concept to see if it can work.”

Even if 3D printing may not have completely taken over the manufacturing sector just yet, analysts forecast significant growth and a market worth 32.78 billion USD by 2023. The ability for inventors and creatives to materialize their ideas will increase in accessibility and simplicity as 3D printing becomes more widespread. Thanks to 3D printing, it is already much simpler for inventors to develop prototypes. Due to the constant evolution of 3D printing technologies, it is also predicted that future end-to-end manufacturing processes might incorporate 3D printing as well.

As an on-demand manufacturer, KARV Automation provides customized 3D printing solutions according to Industry 4.0 standards. We provide 3D printing services using premium industrial plastics, metal parts, and polymers. For all of your prototyping requirements, KARV Automation offers a large selection of 40+ materials. We are a top-tier online 3D printing business dedicated to providing you with cutting-edge goods in order to meet your use cases and business needs.

How 3D Printing Is Revolutionizing the Product Development Process 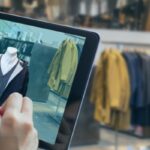 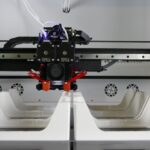 On-Demand Manufacturing: Is This Next Industrial Paradigm Shift? 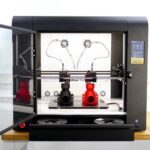